♦ What is Listeriosis?
Is a bacterial infection most commonly caused by Listeria monocytogenes, although L. ivanovii and L. grayi have been reported in certain cases.
Listeriosis can cause severe illness, including severe sepsis, meningitis, or encephalitis, sometimes resulting in lifelong harm and even death. Those at risk of severe illness are the elderly, unborn babies, newborns and those who are immunocompromised.
In pregnant women it may cause stillbirth or spontaneous abortion, and preterm birth is common.
Listeriosis may cause mild, self-limiting gastroenteritis and fever in anyone.

♦ Signs and symptoms
The disease primarily affects older adults, persons with weakened immune systems, pregnant women, and newborns. Rarely, people without these risk factors can also be affected. A person with listeriosis usually has fever and muscle aches, often preceded by diarrhea or other gastrointestinal symptoms. Almost everyone who is diagnosed with listeriosis has invasive infection (meaning that the bacteria spread from their intestines to their blood stream or other body sites).
Disease may occur as much as two months after eating contaminated food.

The symptoms vary with the infected person:
• High-risk persons other than pregnant women: Symptoms can include fever, muscle aches, headache, stiff neck, confusion, loss of balance, and convulsions.
• Pregnant women: Pregnant women typically experience only a mild, flu-like illness. However, infections during pregnancy can lead to miscarriage, stillbirth, premature delivery, or life-threatening infection of the newborn.
• Previously healthy persons: People who were previously healthy but were exposed to a very large dose of Listeria can develop a non-invasive illness (meaning that the bacteria have not spread into their blood stream or other body sites).
Symptoms can include diarrhea and fever.

If an animal has eaten food contaminated with Listeria and does not have any symptoms, most experts believe that no tests or treatment are needed, even for people at high risk for listeriosis.

♦ Cause
Listeria monocytogenes is ubiquitous in the environment. The main route of acquisition of Listeria is through the ingestion of contaminated food products. Listeria has been isolated from raw meat, dairy products, vegetables, fruit and seafood.
Soft cheeses, unpasteurized milk and unpasteurised pâté are potential dangers; however, some outbreaks involving post-pasteurized milk have been reported.
Rarely listeriosis may present as cutaneous listeriosis. This infection occurs after direct exposure to
L. monocytogenes by intact skin and is largely confined to veterinarians who are handling diseased animals, most often after a listerial abortion.

♦ Diagnosis
In CNS infection cases, L. monocytogenes can often be cultured from the blood or from the CSF (Cerebrospinal fluid).

♦ Prevention
The main means of prevention is through the promotion of safe handling, cooking and consumption of food. This includes washing raw vegetables and cooking raw food thoroughly, as well as reheating leftover or ready-to-eat foods like hot dogs until steaming hot.

♦ Treatment
Bacteremia should be treated for 2 weeks, meningitis for 3 weeks, and brain abscess for at least 6 weeks. Ampicillin generally is considered antibiotic of choice; gentamicin is added frequently for its synergistic effects.
Overall mortality rate is 20–30%; of all pregnancy-related cases, 22% resulted in fetal loss or neonatal death, but mothers usually survive. 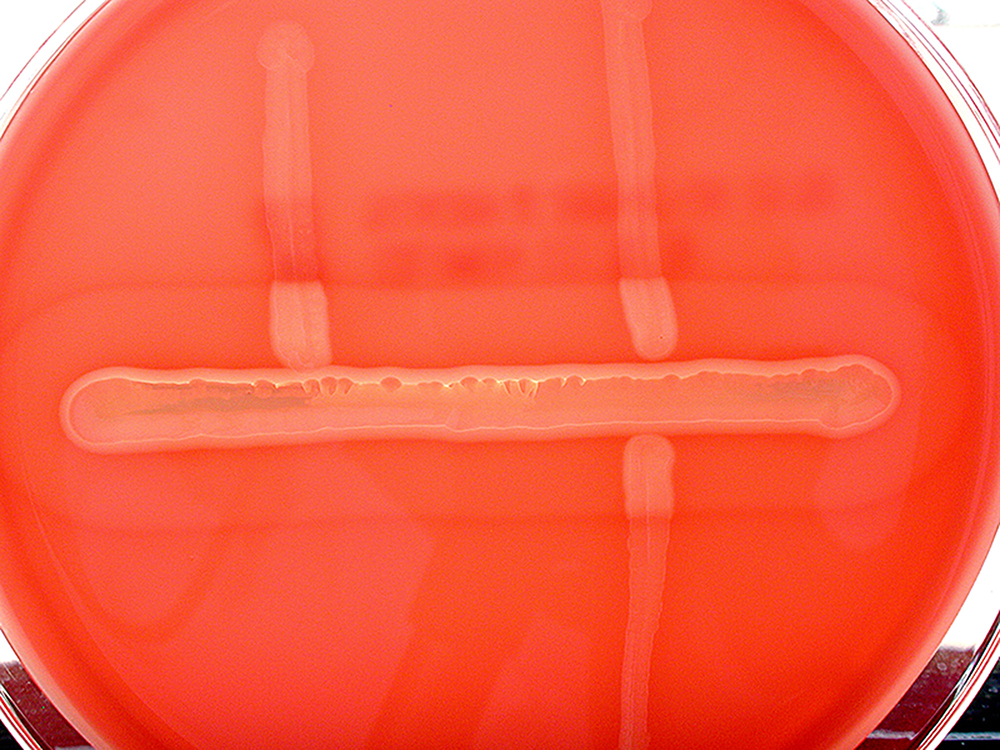